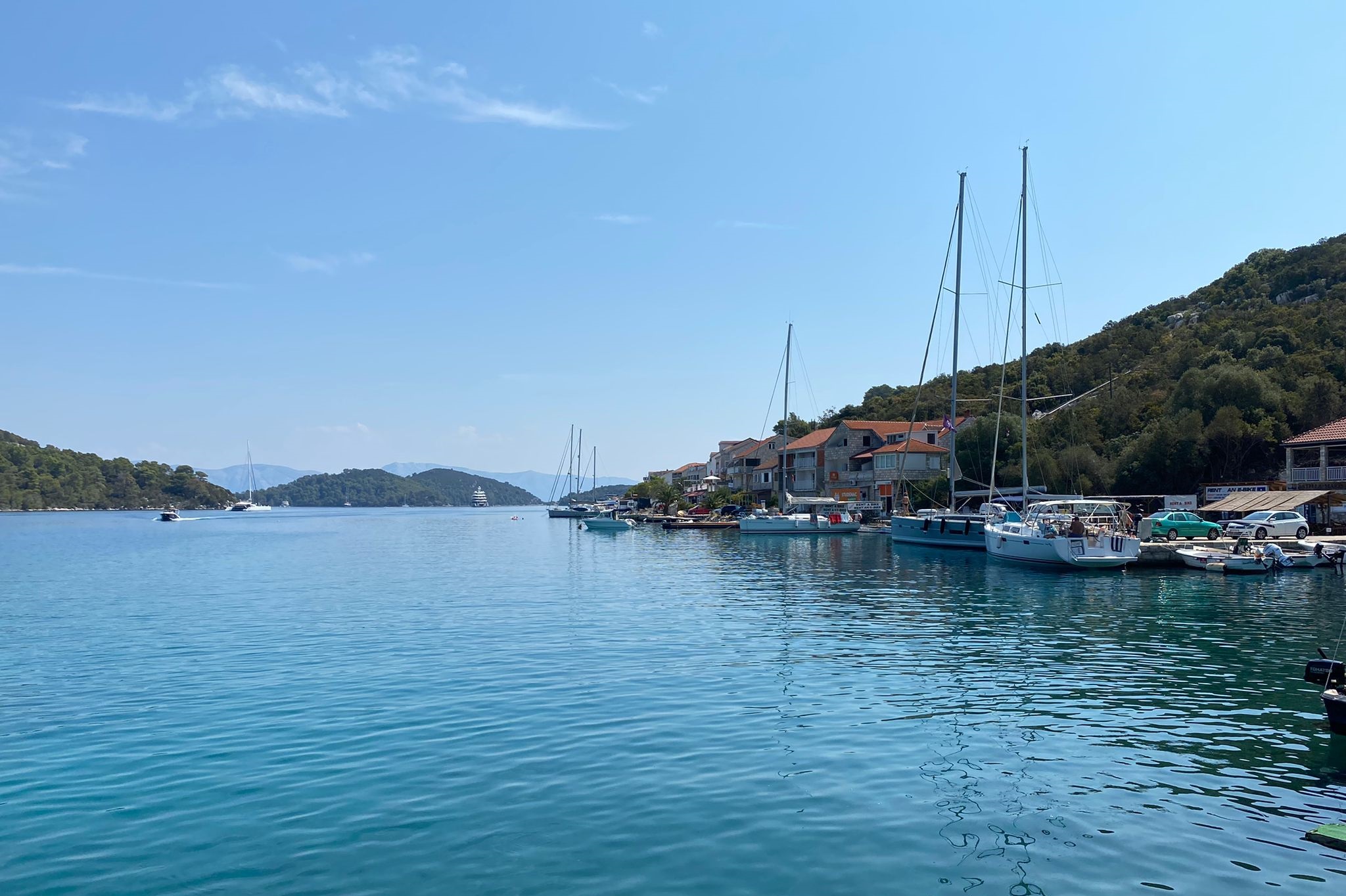 Pomena is a little port in the westernmost part of the island of Mljet.

Pomena is located just fifteen minutes walk away from the Malo Jezero gulf, one of the main attractions of the Mljet National Park. TP Line catamaran﻿ docks in Pomena.

Mljet is the most forested and the eighth largest island in Croatia.  Mljet island is encompassing an area of approximately 100 km2 and having a population of around 1100 people. It was named by the Ancient Greeks who called it Melita which means honey. Approximately one-third of Mljet has been a National park﻿ since 1960, making it the oldest maritime National park in Croatia.

Its most famous features are the Veliko and Malo Jezero gulfs, Saint Mary island with a twelfth-century church and Benedictine monastery, and Roman era ruins. TP Line catamaran﻿ docks in Pomena, Polače and Sobra villages at the western and eastern end of Mljet. The trip to Sobra lasts around 1 hour and it takes 20 more minutes to reach Polače, and 30 minutes to reach Pomena.

Polače are one of the oldest settlements on Mljet. They are located in a well-protected cove where a summerhouse was built in the time of the Roman Empire. In Polače you can rent bikes and kayaks, try local food in charming restaurants and relax on the Paljevina beach. Sobra is smaller than Polače. It was historically a fishing port, but it developed into a tourism-oriented village with a couple of restaurants and a lovely beach. It is also the starting point of the 43 km long Mljet hiking trail, ideal for all who enjoy Mediterranean landscapes. Pomena is a little port in the westernmost part of the island. It is located just fifteen minutes walk away from the Malo Jezero gulf, one of the main attractions of the Mljet National Park. Other bigger settlements on Mljet are Babino Polje, Goveđari, Korita, Maranovići, Prožura, and Blato. There is a bus line connecting these villages and it is also possible to use a taxi. According to a legend, historian Agesilaus was exiled to Mljet by the Roman emperor Septimius Severus. When the emperor pardoned him Agesilaus refused to leave Mljet being captivated by the beauty of the island. Be careful not to let the same thing happen to you.

Mljet is an island of very rich history. Many historians consider it the island of Calypso from Homer's Odyssey and the island where Saint Paul was shipwrecked and bitten by a viper. Some cynologists believe that the Maltese dog originated here. Mljet is the place where the third biggest Roman building in Croatia is located and is also famous for its wines and olive oil. There are also numerous beautiful pebble and sand beaches. If all that sounds tempting make sure to buy your ticket and board a TP Line catamaran﻿ heading for Mljet from Dubrovnik every day.

Find out more on the local Tourist Board website﻿ and the Dubrovnik and Neretva county tourist board website.

Find out more about the National Park Mljet.

- Make sure to explore the Odysseuses cave, the most unusual port on the Mediterranean

- Rent a room at Hotel Odisej, located by the sea

- Visit the Saint Mary island with the romanesque church and benedictine monastery.

- French pioneer of marine conservation Jacques Cousteau claimed that Mljet is one of the most beautiful diving destination in the world. Check it out for yourself.