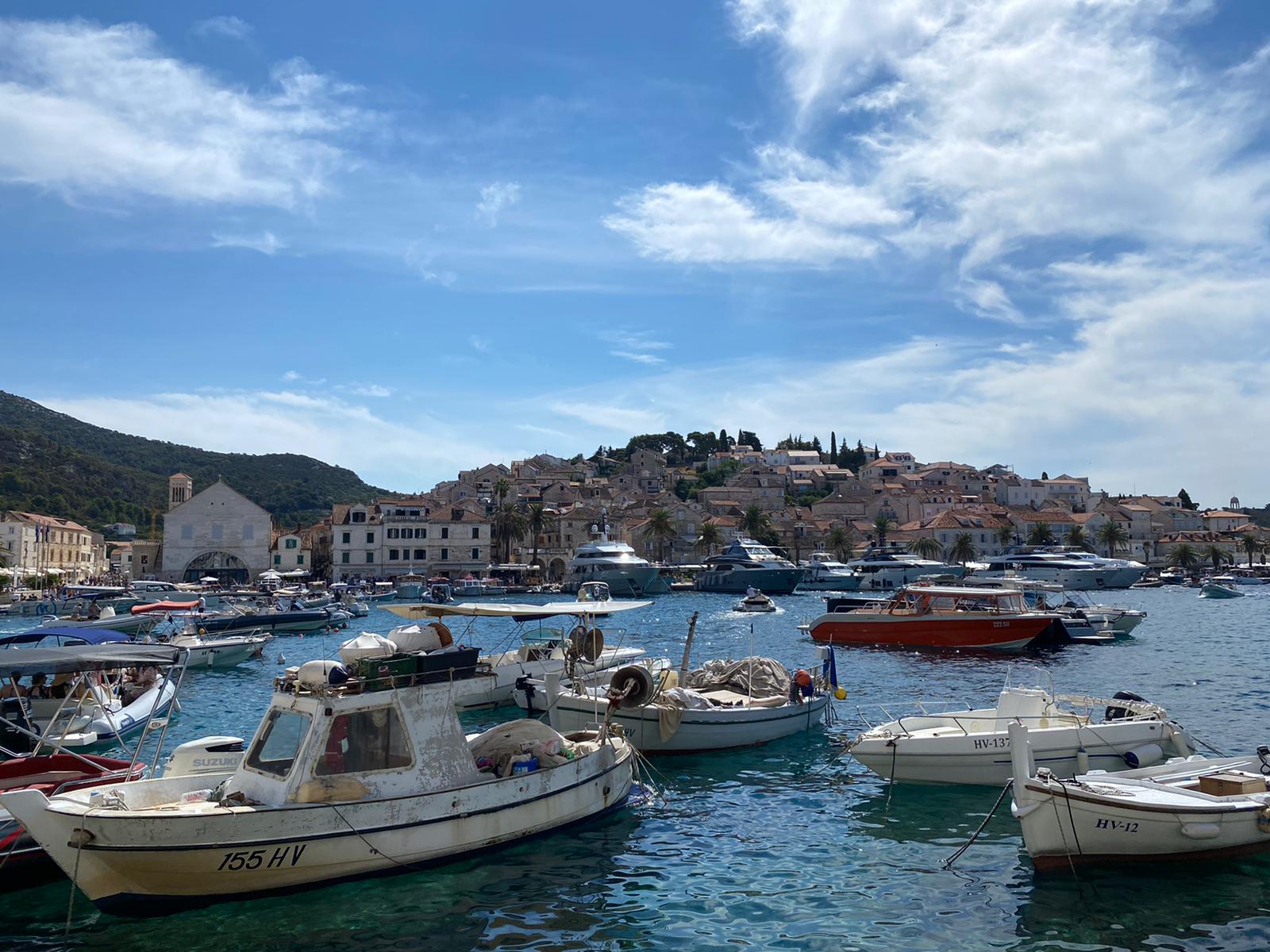 The island of Hvar is located in the central part of Dalmatia just a quick TP Line catamaran ride away from the city of Split, our catamaran further connects it to Milna, Korčula, Pomena and Dubrovnik.

Hvar is well known for being the island with the highest number of sunny days in the Adriatic. Visit the UNESCO protected Stari Grad Plain, a valuable example of an agriculture system developed by the ancient Greeks or enjoy the historic architecture in the town Hvar.

Hvar is the forth biggest island in Croatia encompassing the area of around 300 km2 and having a population of some 11000 people. Its name comes from the greek word Pharos meaning lighthouse. The biggest settlement on the island is town Hvar, but the oldest one is Stari Grad, founded by the ancient Greeks more than 2400 years ago. Other notable settlements are Jelsa, Vrbanj, Sućuraj, Dol, Svirče, Vrboska and others. The island of Hvar is located in the central part of Dalmatia just 1 hour TP Line catamaran ride away from the city of Split.

Hvar is well known for being the island with the highest number of sunny days in the Adriatic. On Hvar, grapes have been cultivated and wine produced for 2400 years so make sure to take part in Hvar Wine Tours. It is also famous for its lavender. Agricultural lands are complemented by pine forests together forming a beautiful Mediterranean landscape. The waters surrounding Hvar are blue and clean and there are numerous beaches such as well wooded Milna near the town Hvar with the 17th century Ivanid summerhouse, pebble beaches Banj and Lanterna surrounding the Stari Grad, and sandy beach Mina near Jelsa. You can also visit the UNESCO-protected Stari Grad Plain, a valuable example of an agriculture system developed by the ancient Greeks, or enjoy the historic architecture in the town of Hvar such as the baroque Saint Steven Cathedral or the Fortica fortress, also known as Španjola. Bigger settlements Hvar, Stari Grad, and Jelsa located in the western part of the island are well connected by regular bus lines, while the less populated eastern part is somewhat more isolated.

Above all that Hvar also offers great nightlife being well known as a party destination. Hvar offers various accommodations from the five-star hotel Palace Elisabeth to private rooms, houses, and apartments. If all of this sounds good don't hesitate to embark on a TP Line catamaran in Split departing every day at 09:15, 11:15, 15:45, and 19:15 during high season, and have a great time at Hvar.

- Climb the Sv. Nikola hill, the highest peak of Hvar and enjoy the view. You can go most of the way by car.

- Make sure to visit the Zlatan Otok vinery﻿﻿, one of the most famous vineries in Croatia

- Explore the Pakleni Islands archipelago, just a 10 minutes boat ride away from Hvar.

- Visit the Stari Grad Museum set in a neo-reneissance Biankini Palace and discover the history of the island of Hvar.

- Party with the world's most popular DJs at the Carpe Diem beach club.