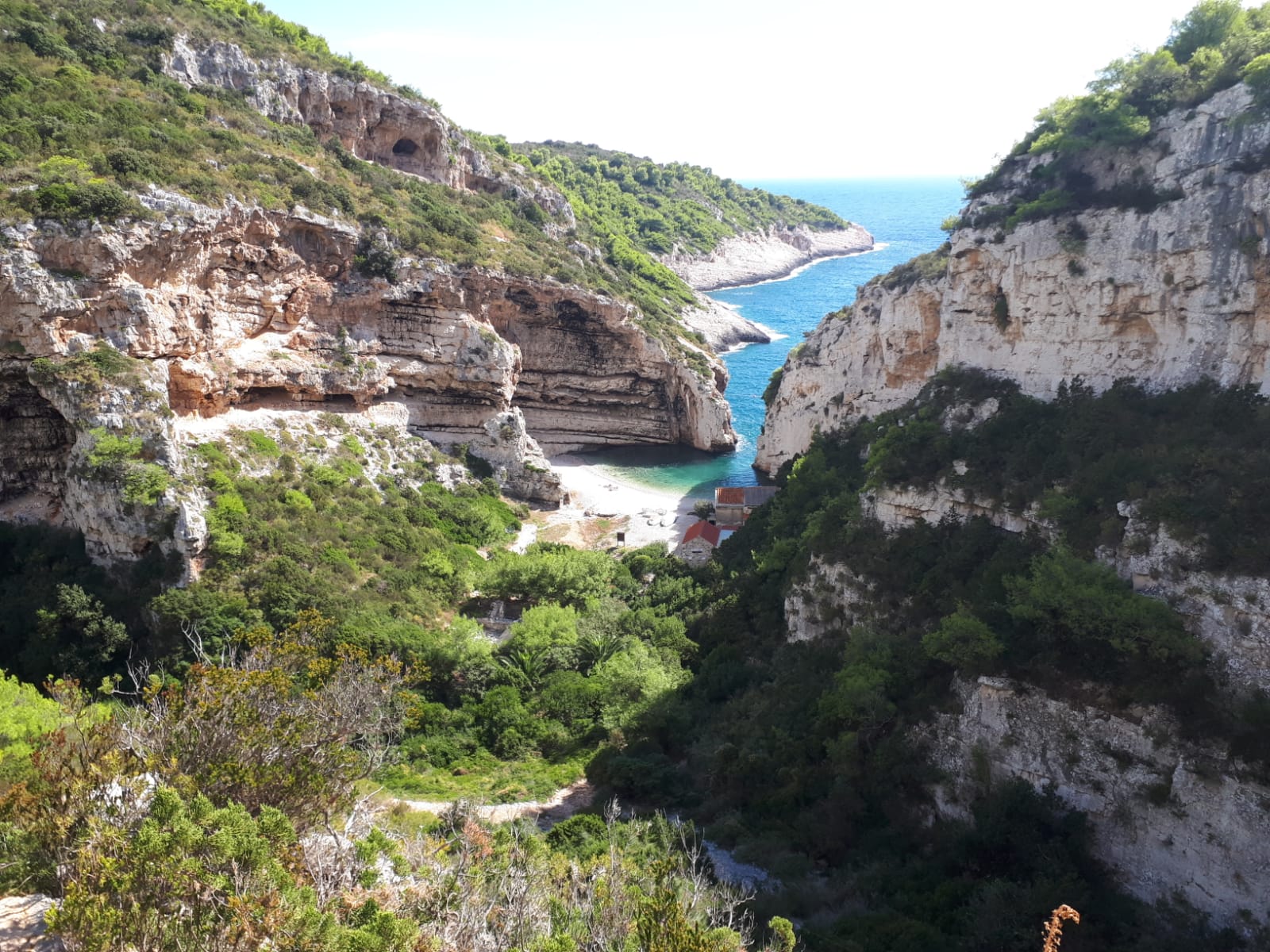 Through the 20th century, the island of Vis was an important navy base and visits to Vis were strictly restricted.

The island of Vis is an offshore island in Central Dalmatia. It encompasses an area of 90 km2 and is inhabited by three thousand and five hundred people. There are two towns on the island, Vis and Komiža, and several smaller settlements situated mostly alongside the old Vis-Komiža road and the southeastern coast of the island. Traditionally the islanders very mostly engaged in viticulture and fishing. Today the majority of them work in the hospitality sector. It is interesting that in 1910. a third of the island was covered in vineyards. It is believed that the first vine in Dalmatia was planted by the ancient Greeks in Vis. The highest peak of the island is Hum near Komiža, 587 meters high.

The Vis island was already inhabited in ancient times. The ancient Greek tyrant Dionysius the Elder founded the settlement Issa very close to the modern town of Vis. Later the island was ruled by the Liburnians before the Romans conquered it. Until 1797. it was a part of the Republic of Venice and after a short period of Napoleon's rule, it became a part of the Habsburg monarchy just like the rest of Dalmatia. Near Vis, a significant naval battle took place in 1866. when a smaller Austrian navy led by Admiral Tegetthoff defeated a larger Italian fleet under admiral Persano sinking the ironclad Re d'Italia and containing Italian territorial pretensions towards the eastern coast of Adriatic. Through the 20th century, the island was an important navy base and visits to Vis were strictly restricted. Therefore, mass tourism mostly bypassed Vis which kept its authentic Mediterranean charm making it with its rich gastronomical and cultural heritage a very attractive tourist destination.﻿

TP Line﻿ catamarans sail daily to the town of Vis, the biggest settlement on the island located in a well-protected cove in the northeastern part of Vis. It is famous for the remnants of the ancient Issa, fortifications such as Perasti tower and Gospina batarija, noblemen's summer houses, and sacral architecture such as the church of our Lady of Spilice, the church of St. Cyprian and Justina, and monastery of St. Jerome. Komiža is the second town on the island, located in a cove on the western shore of Vis. It is famous for the churches of St. Mary (Gospa Gusarica), and Saint Nikola, Venetian built Fort of Komiža, but also for Tito's cave which was the seat of his government in 1944, and the nearby Blue cave on the Biševo island. A lot of manifestations are held in Komiža, such as the regatta Rota Palagruzona﻿ and the Fishermen's Night﻿ celebration. Vis island is wll known for its beautiful beaches such as Stiniva surrounded by cliffs, the sandy beaches of Zaglav and Stončica, and pebblestone beach Pizdica known for its source of drinking water. Embark on the TP Line﻿ catamarans sailing to Vis every day from Makarska, Bol, Hvar, and Split and enjoy the clear sea, rich cultural heritage, and local gastronomy.

Swim at the Stiniva beach﻿, a protected natural monument.

Experience the Fishermen's Night﻿ celebration organized every first Saturday in August in Komiža.

Explore the Archeological Museum of the town of Vis renowned among other things for its collection of ancient Greek dishes and amphorae.

Visit the Lipanović Winery﻿ and try the wines from Vis, the cradle of Croatian winemaking.