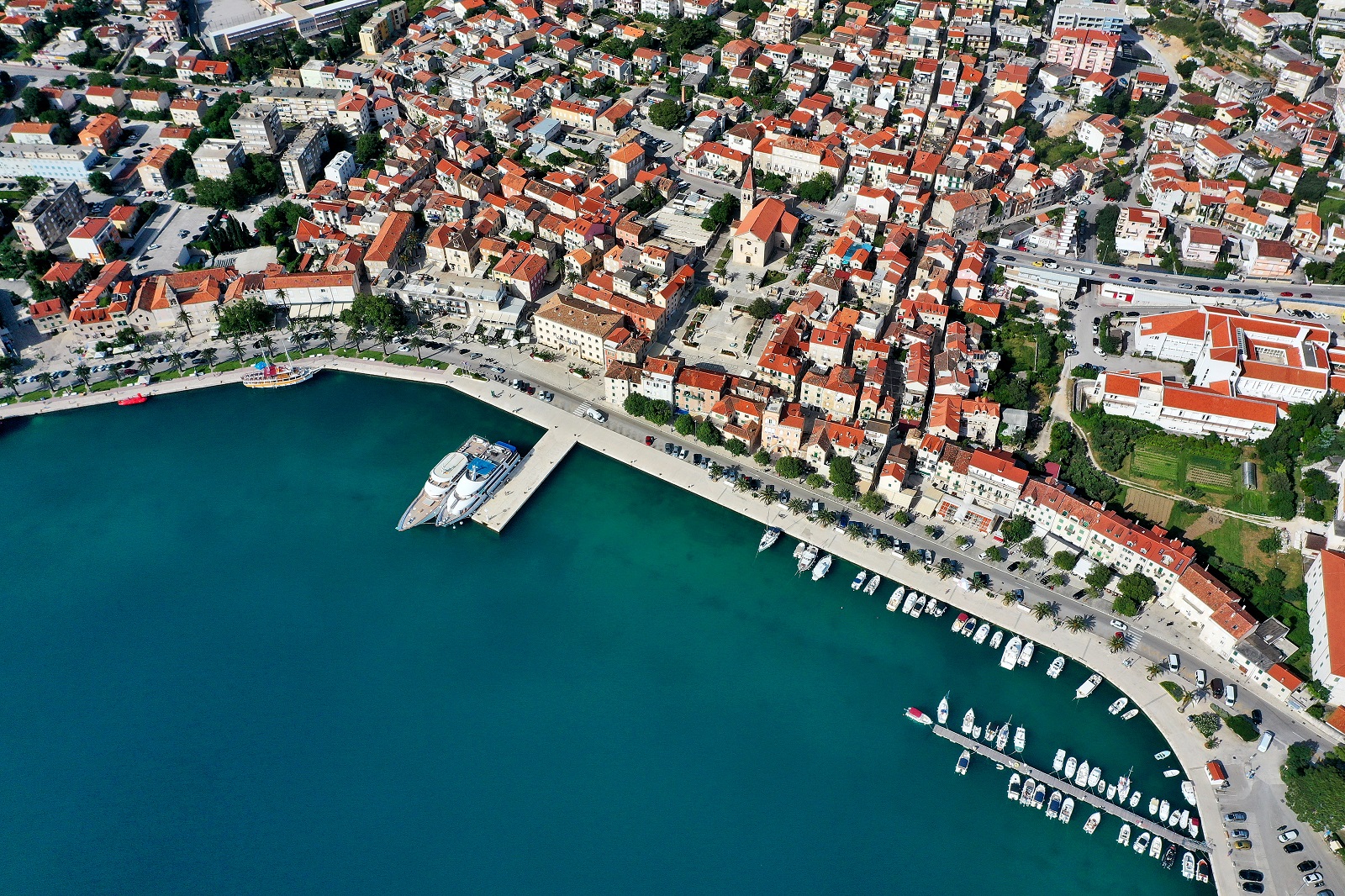 Makarska is the second biggest town located in the Split-Dalmatia country.

Makarska is located on the slopes of Biokovo mountain, a Nature Park, and one of the highest mountains in Croatia. Lovely pebble beaches, such as Nugal, Donja Luka, and Biloševac attract numerous tourists to the region.

Makarska﻿ is the biggest town on the Croatian coast between Split and Dubrovnik, numbering a population of 13,426. It is located on the slopes of Biokovo mountain, a Nature Park, and one of the highest mountains in Croatia. Across the sea, it looks upon the eastern parts of the island of Brač and Hvar. Makarska is famous for its pebble beaches and is the center of the 60 km long riviera, one of the most famous in Croatia. It is considered that its name comes from the Phoenician name for the Tyrian purple color, which in the old times was made from secretion produced by several species of predatory sea snails in the family Muricidae often found in the port of Makarska.

Makarska is the second biggest settlement located in the Split-Dalmatia country. Historically it was the seat of the Diocese of Makarska which was merged in 1828. with the Diocese of Split into the Diocese of Split-Makarska. The former cathedral, now the Co-cathedral of St. Mark the Evangelist is located in the city center and is one of the most prominent buildings in Makarska. It is a baroque church constructed in the 18th century after the city was liberated from the Turks. The bones of St. Clement, the patron saint of Makarska are kept there, inside an Altair. Other interesting places in Makarska include the Shrine of Our Lady of Lourdes in Vepric, the Riva promenade with many bars and palm trees, and two forested peninsulas Osejava and St. Peter surrounding the Port of Makarska.

The history of Makarska is very rich. It was used as a port by ancient Greeks and later became a part of the Roman Empire. In the middle ages, a Venetian fleet was defeated there by the Narentines. Later it was annexed by the Kingdom of Croatia and it was subsequently ruled by the Venetians and Bosnian bans. In 1499. the Turks captured it and the Venetians retook it during the Candian war. The population of Makarska intensely grew in the 20th century when it became one of the most famous tourist areas in Croatia. Lovely pebble beaches, such as Nugal, Donja Luka, and Biloševac attract numerous tourists to the region, just as the Biokovo mountain Nature Park﻿, founded in 1981. Biokovo mountain is a popular tourist destination because of the Skywalk Biokovo, the first skywalk in Croatia, Kotišina Botanical garden with the nearby fortress Veliki kaštel, and many endemic species, forests, and karst structures. Above all that Makarska is also the place where the TP Line﻿ departs every day for the islands of Brač, Hvar and Vis so do not hesitate to visit it at least on your journey before sailing for one of the islands of Central Dalmatia.

MAKE THE MOST OUT OF YOUR STAY﻿:

- ﻿Visit the Biokovo Nature Park﻿ and the famous Skywalk, the first such in Croatia.

- Swim on the beautiful pebblestone Nugal beach, surrounded by cliffs and trees.﻿

- Eat local food right by the beach at Restaurant Herc.

- Explore the Saint Peter peninsula with its church, beach, and lighthouse. ﻿

- Do not mi﻿ss out on the Museum of Fish, Crustaceans, and Mollusks with more than 250 species in its collection.